Light on paid staff but heavy on volunteer commitment and resources, we strive to find the right balance to maximise the support to families and their precious babies.

As we’re all about people (helping and supporting people), we felt it was the right thing to give you an insight into the team – read the details provided by the people themselves.

In addition to the below, you can read about the great work some of our great volunteers do on this page. 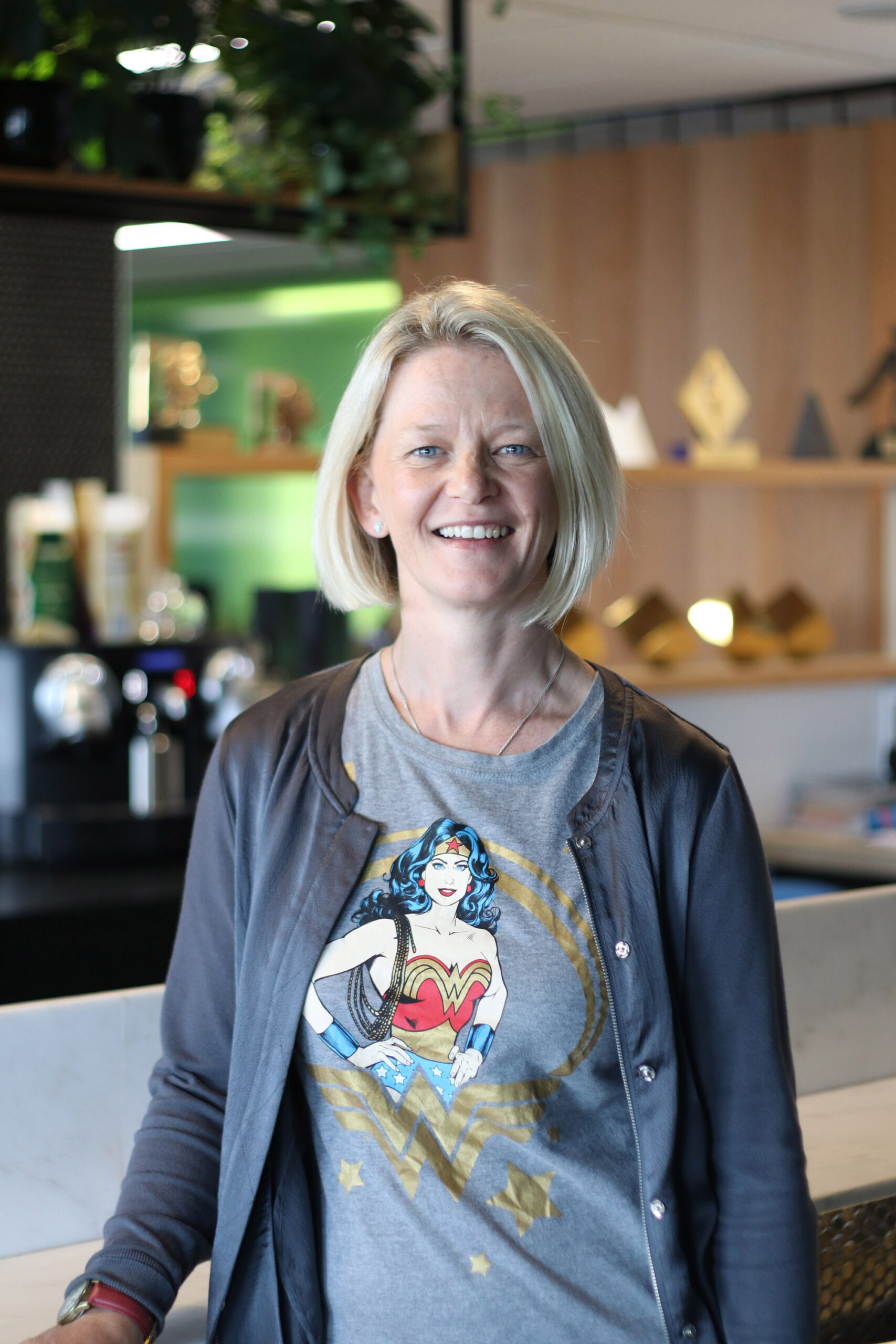 Rachel has been a part of The Little Miracles Trust team since 2016.  During this time she has been dedicated to making a difficult start in life that little bit easier for the families of NICU babies. Rachel and her team work collaboratively with all the NICUs and SCBUs throughout New Zealand.

Her passion for NICU, the families and their babies has been born out of her own first-hand experience of being a NICU Mum to Reuben who was born at 24 weeks gestation weighing 665g in 2013. Having experienced four months in NICU herself, Rachel is well placed to empathise with the families who find themselves on the unexpected rollercoaster ride that is NICU.

As part of her role at the Trust, Rachel advocates for NICU families on a number of panels as a consumer representative and has worked tirelessly to raise awareness about prematurity and the support needed for families in NICU and SCBU.

Outside of the Trust, Rachel is married to Phil, Mum to Reuben and Step-Mum to Marlow and Henley which makes for a busy household. So when she’s not at work or chasing around after her boys and their pets, Rachel likes to exercise when she gets the opportunity as well as indulge her love of coffee, books and red wine! 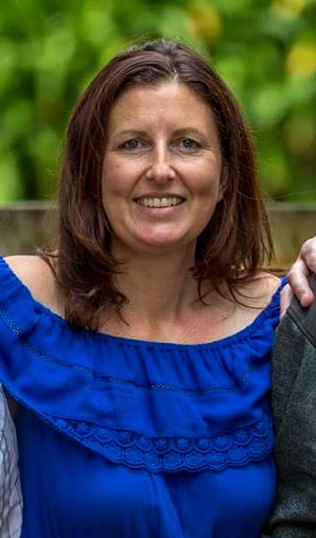 Justine is a born and bred Wellingtonian and mother of four boisterous boys.  The Neonatal Unit became like family to Justine with all of her sons being born early.   This has fed Justine’s motivation to help others in similar situations.   Her passion for The Little Miracles Trust truly developed after the early arrival of her youngest son Harlow, who was born at 24 weeks. Being able to support families during what can often be a daunting and stressful time is why Justine is now devoted to raising awareness for The Trust and supporting neonatal families.
In her spare time when she isn’t busy with her family, you can usually find her exercising at boot camp, running or enjoying a coffee with friends.

Prior to joining The Little Miracles Trust, Justine shared the story of son Harlows arrival as part of the 2014 World Prematurity Day awareness activity. You can read the article here. 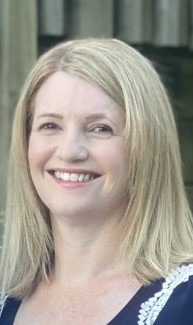 Sam is mum to 11 year old Oliver and 9 year old Ava, who was born at 34 weeks weighing 2100g and spent just over 2 weeks in the Wellington NICU. Being able to use her marketing and fundraising experience to help families going through the rollercoaster of a neonatal journey was the key reason Sam joined The Little Miracles Trust team.

Previously Sam has worked in a variety of marketing and research roles, predominately for banks and financial institutions.  In her spare time Sam is a bit of a gym bunny and enjoys spending time with family, especially supporting her kids in the activities they love – cricket, netball, football and dance! 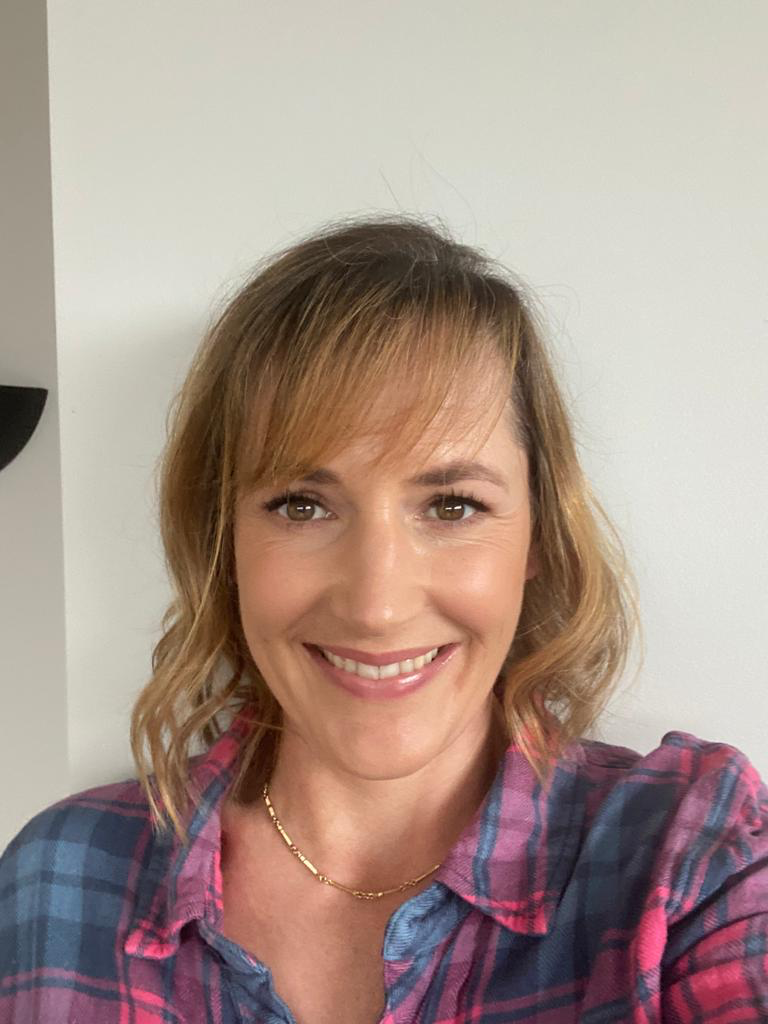 Jen is a mum of two gorgeous children Cole and Charley.  Her daughter, was born at 24 weeks and 3 days and spent 4 months in the Auckland NICU under the care of the most extraordinary NICU team and parent could ask for. Originally from Vancouver Canada but she calls New Zealand home and enjoys being able to help out other families who are currently in NICU.

Gina is mum to Emilia born at 27 weeks in 2015, weighing 650g and spent 72days in NICU. Emilia is energetic and very chatty  who loves to boss her dad Laurie and mum around. Gina had very stressful and hard first year with her Dad passing away just 2 weeks after getting home with Emilia from NICU. But there have got through it and come out on the other side. You wouldn’t be able to tell that Emilia had a rocky start she loves to read, play babies with friends/cousins, zoom around in her bike and jump on the trampoline.

Meeting other mothers at the development playgroup really helped especially in the first few months. A few of the mothers have gone on to become good friends and our 4 year olds love to catchup and have playdates. The playgroup was the only place I could talk to mums who had gone on similar journey. It was also great being able to talk to Janet and be reassured that Emilia was meeting her milestones.

As a family we love going on mini adventure’s camping, hiking, travelling and lots of time at the beach during summer. In my spare time I love catching up with friends while the kids play, baking with Emilia, drinking lots of black tea and going for walks. 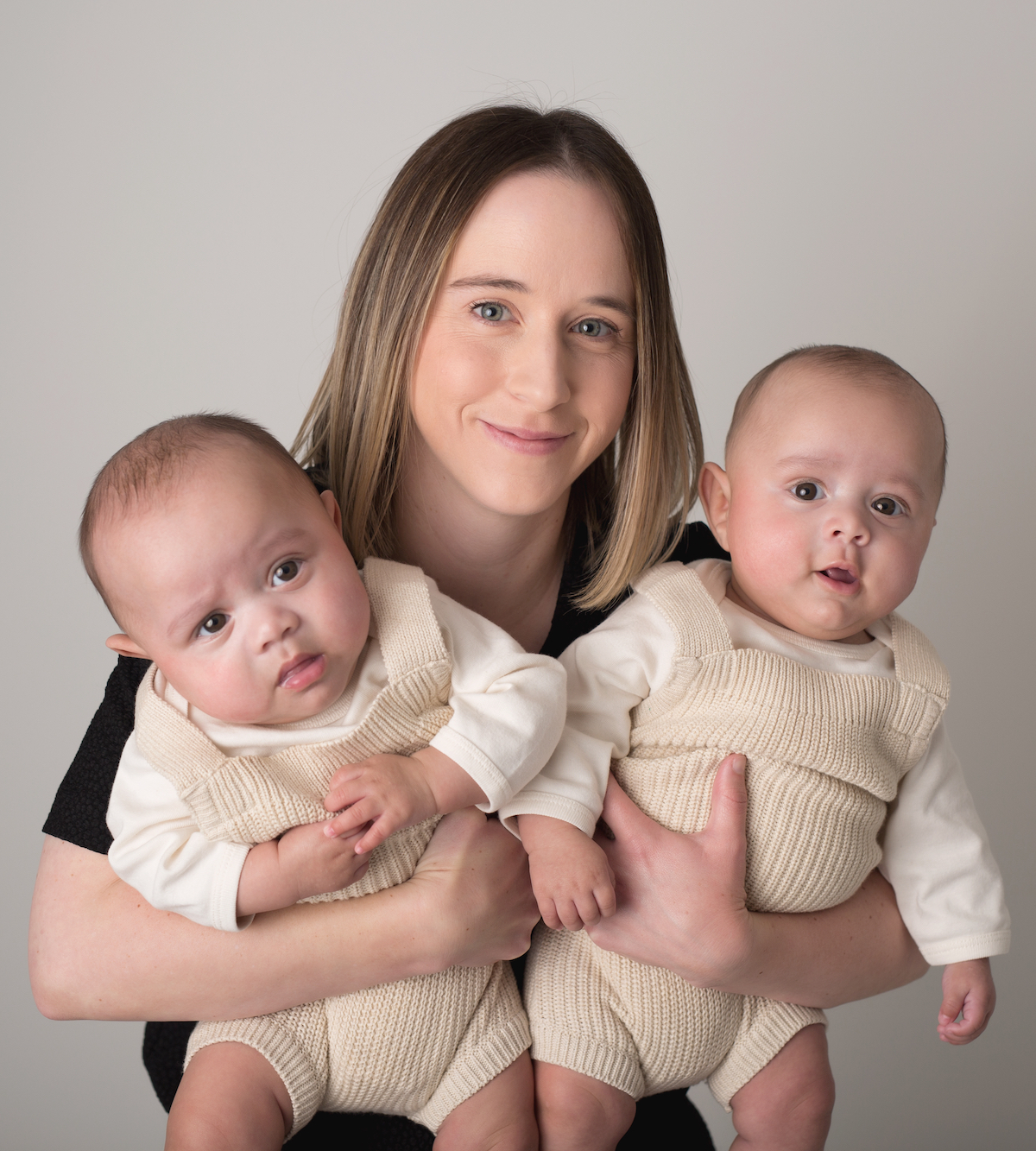 Sarah and her partner Abish are kept well busy by 4 little ones; Nixon, Zoey, Cole & Cody. Twins Cole & Cody were delivered at 27 weeks in 2017 after developing TTTS. They spent 99 days in Auckland NICU & Waitakere SCBU. This time was filled with ups and downs, Cole especially had a rocky journey.

The Little Miracles Trust was not only a great support system during their hospital stay but also for life afterwards. Sarah and her boys regularly attended the developmental playgroup and also the coffee confidential group, a space to talk with others who just ‘got it’ was very therapeutic. It was with the entire experience above that the desire to give back was forged, so when the opportunity came to join the Little Miracles Trust there was no hesitation.

In addition to the Little Miracles Trust, Sarah is a Graphic Designer by trade, photographic hobbyist and sleep deprived coffee drinker. While not chasing after her little terrors like the tiny tornados they are, she likes to embrace the simple pleasures like a house that stays tidy for more than 10 minutes, HOT cups of coffee, or just some good ol’ friends and family time. 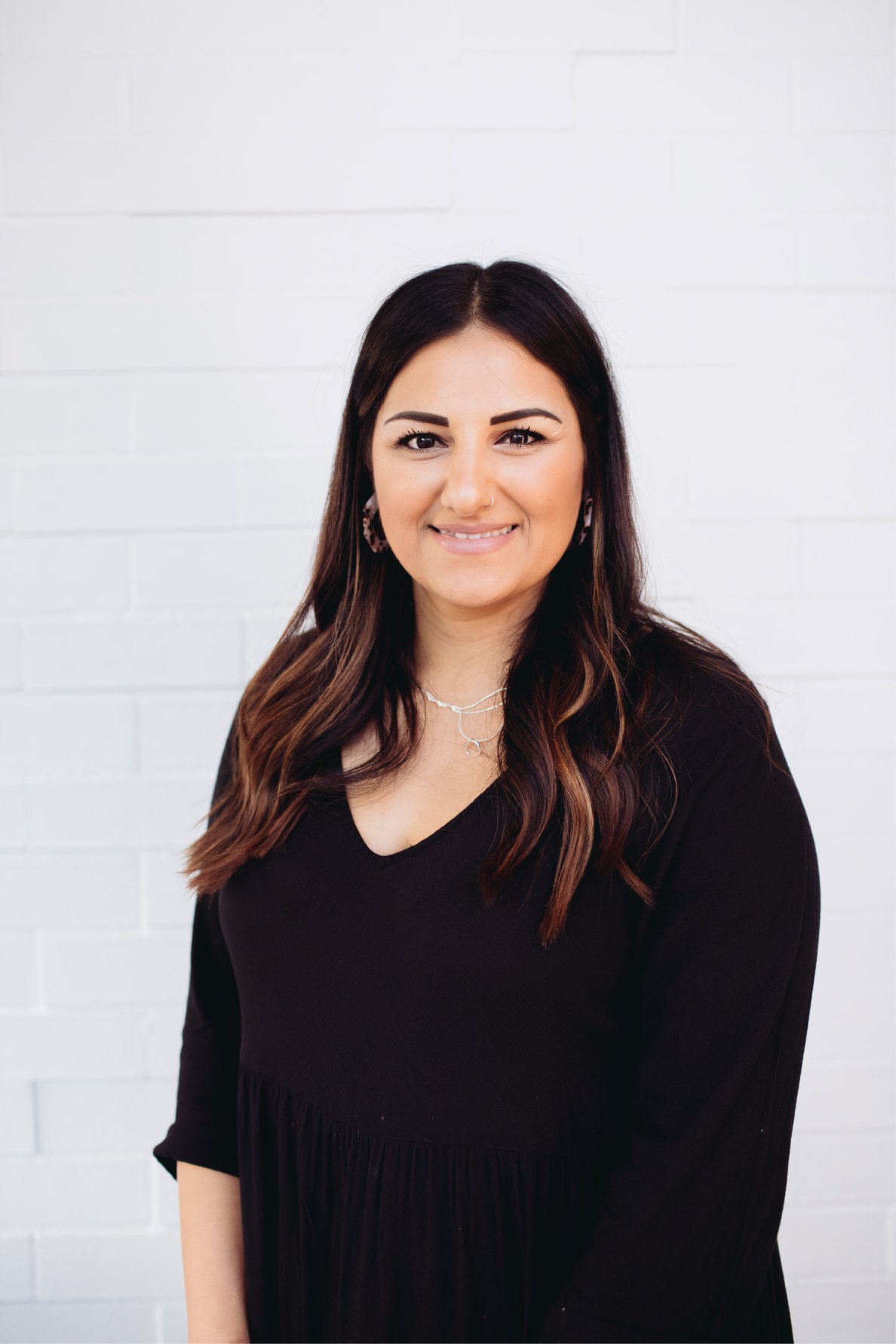 Jadey is a mum of two, Four year old Frankie who was born at 28 weeks and spent 76 days in Wellington NICU and 7 days in Whanganui SCBU and Two Year old Ivy who is the sass queen of the family.

Jadey received so much support from The Little Miracles Trust when she was a long way from home after having Frankie. It was here that her want to help others started. She has so much passion to support families in the unit during their journeys and afterwards.

Jadey is originally from the UK and has lived in NZ for 8 years, her and her husband spent the first few years exploring all NZ has to offer, it was at this point they decided this was where they wanted to raise a family.

When she isn’t working with the neonatal trust or running around after her little ones she is either styling hair, events and weddings or snapping pictures. 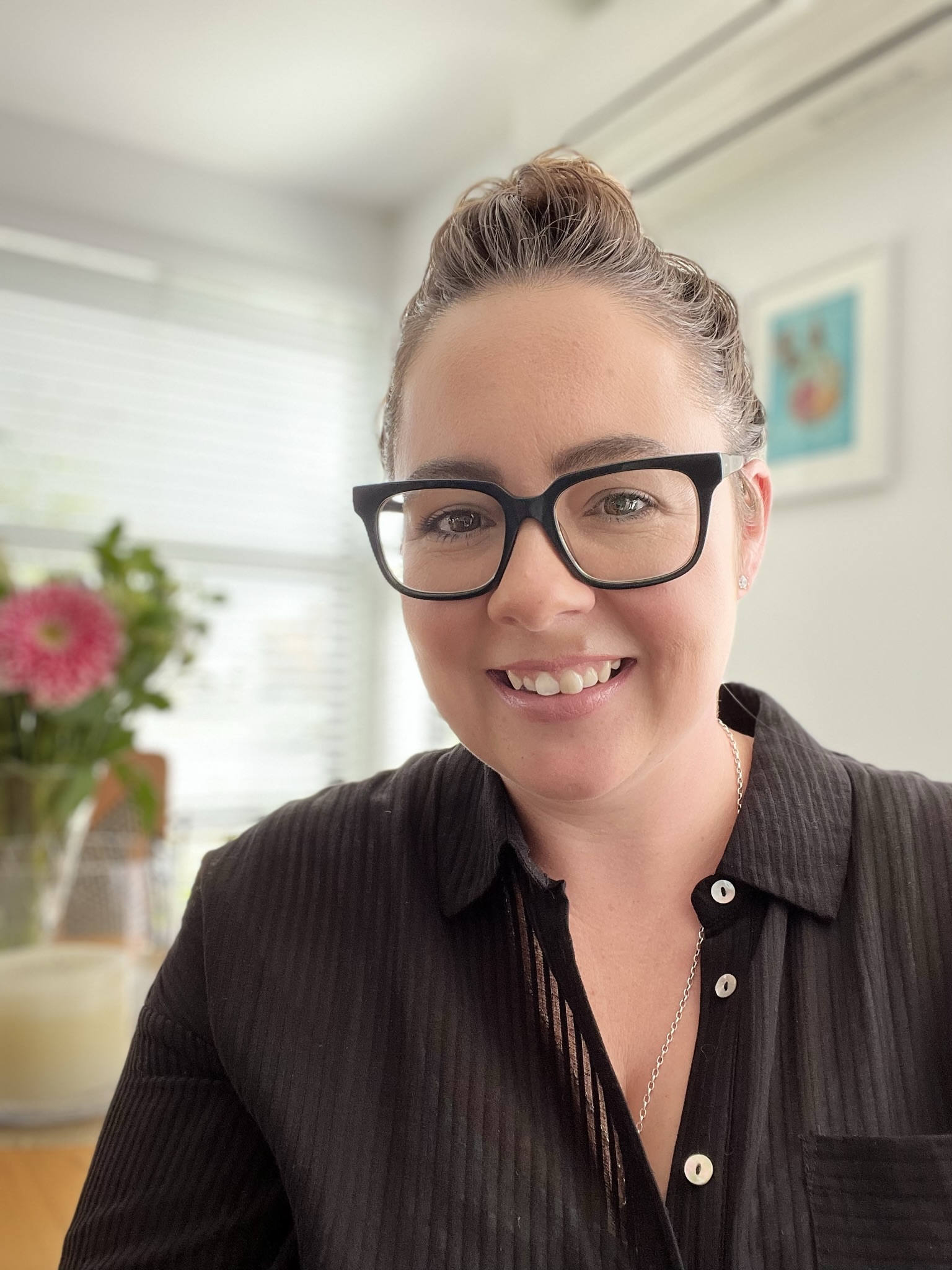 Jemma is our Family Support Coordinator for the Christchurch NICU. She is really passionate about supporting families going through the NICU experience and is really looking forward to working alongside the NICU team at Christchurch Womens Hospital.
Jemma is Mum to Georgia 6 and Ella 4 and has experienced NICU firsthand, when at her 20-week scan with Ella they picked up she wasn’t growing so well, from there Jemma and Ella were monitored and under the care of Maternal Fetal Health at Christchurch Womens Hospital until Ella was born at 36 weeks weighing in at 1.7Kgs. Ella spent her first 7 Weeks moving her way through the NICU at Christchurch Womens before coming home.
Jemma is married to Steve who works in the broadcasting Industry and are both from Christchurch, they lived in Auckland for 10 years while both building careers, before moving back to Christchurch to build a new home, be closer to their family and friends and start their own family. 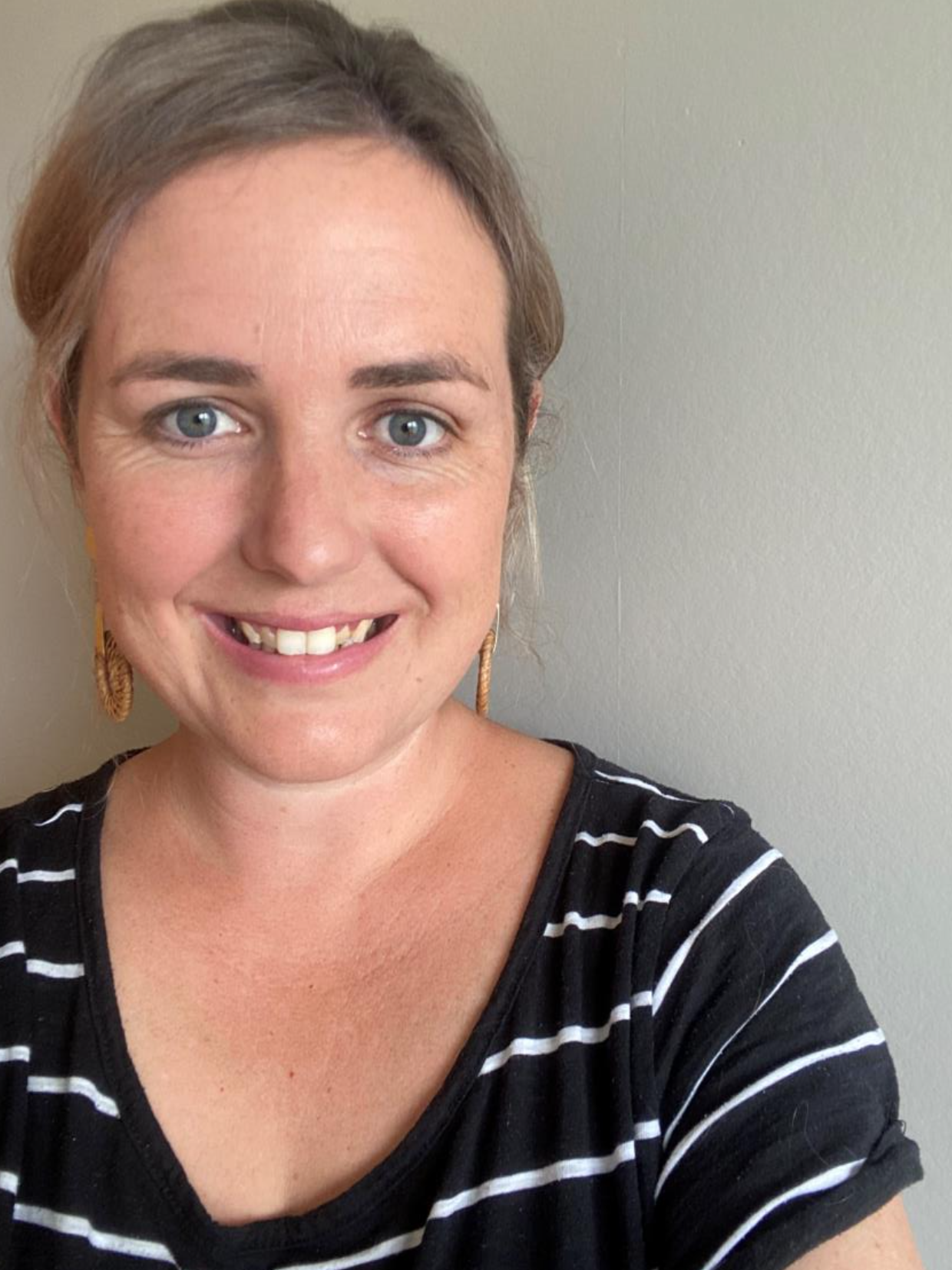 Pip is Mum to Elsie who was born at 24+5 weeks gestation and a teeny 465grams. Elsie spent 120 days in Wellington NICU where she had a very bumpy journey before being transferred to Palmerston North SCBU for the remaining 10 days before her transition to home. Pip has felt passionate about helping others going through a similar journey and was very excited to take on this new position of ‘SCBU Volunteer Co-Ordinator’ for the Little Miracles Trust.

Pip is a qualified Kindergarten Teacher who occasionally relief teaches and now has a part time role with us at The Little Miracles Trust, alongside being a stay-at-home Mum to 2-year-old Elsie.

Pip is married to Neil who is a Share-milker/Dairy Farmer and are lucky to live on a beautiful farm and have so much open space and fresh air for Elsie to explore. When not on the farm, Pip and her family love to visit Pip’s hometown Napier to visit her Mum, enjoy some sunshine and go to the beach. 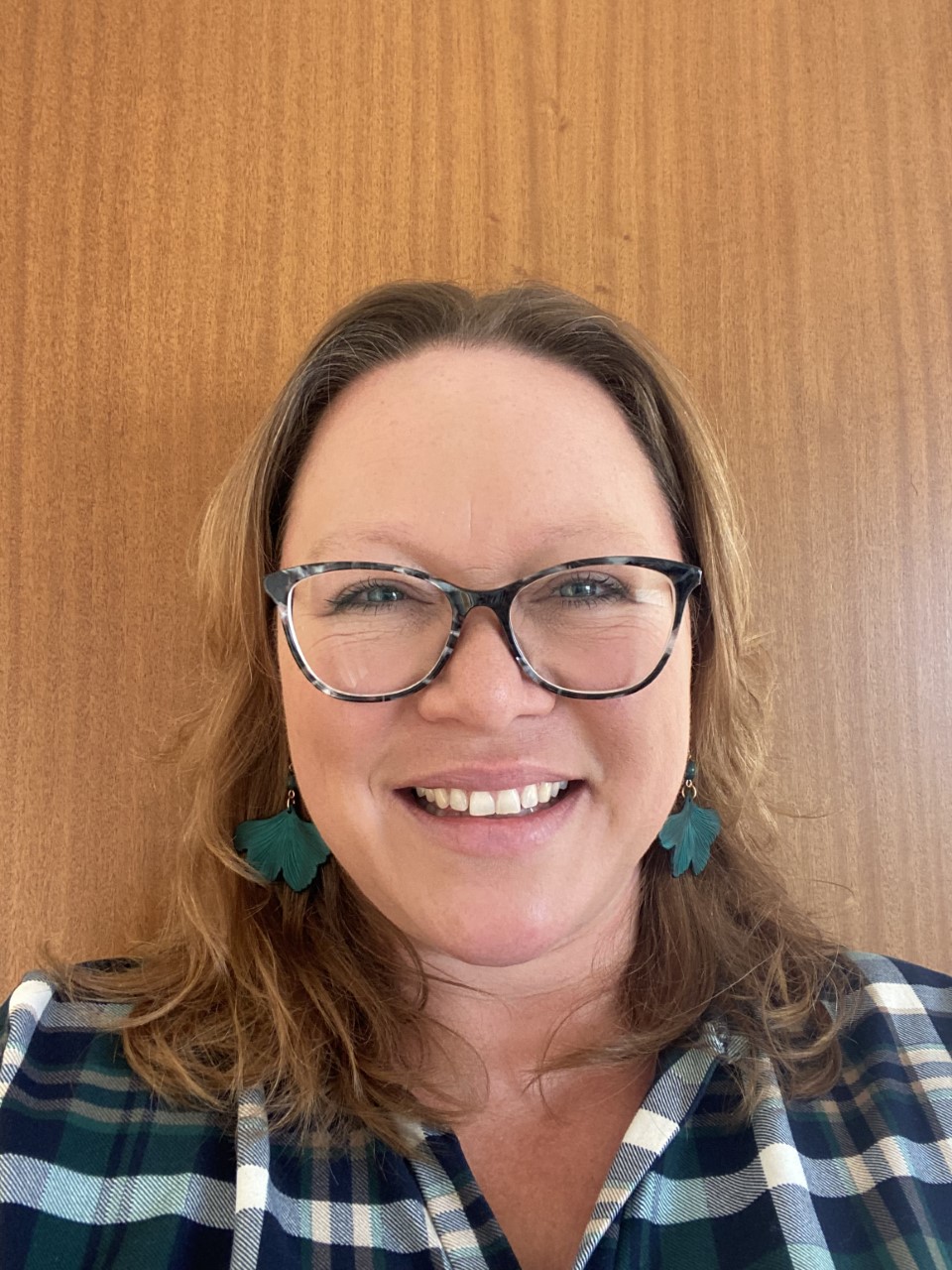 Shelley and husband Glenn are parents to Mia, who joined the Dunedin NICU family at 28 weeks gestation, after her waters broke unexpectedly at 25 weeks. Glenn, a yacht Captain, flew home for the birth and managed the first cuddle out of the incubator before heading back to work.
Shelley is eternally grateful for the wonderful staff of the unit, along with her dedicated mother, who made the ten week NICU journey the most positive experience it could have been. She looks forward to being able to similarly support whānau on their individual journeys through NICU.

Originally from the UK, Shelley now lives in Karitāne with her only daughter, plus Stella; the perfectly behaved black Labradinger, Buttons; a cat with attitude and seventeen tropical fish (at time of press). The captain still ‘FIFO’s so spending family time together is always very precious and cherished. 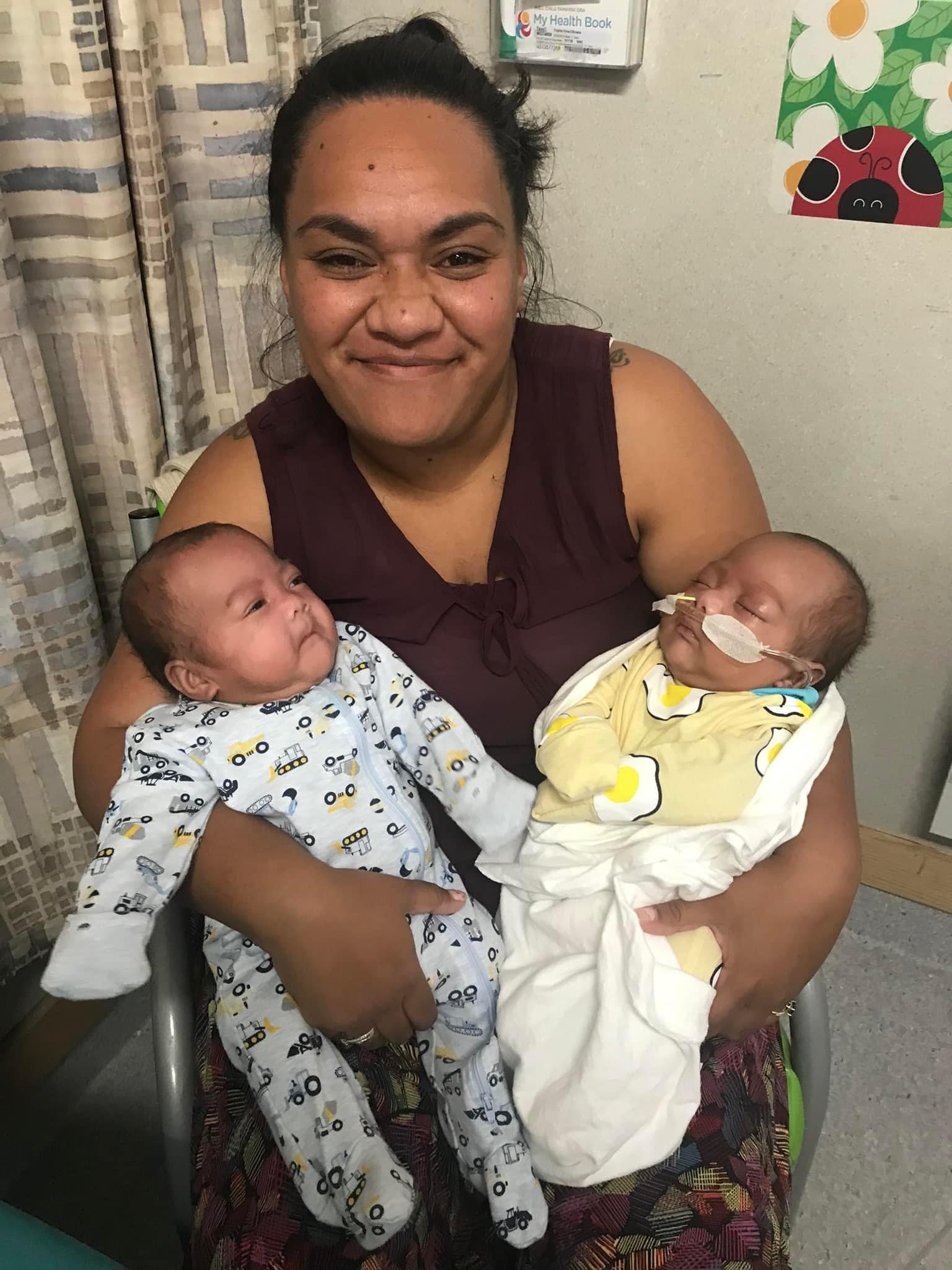 Talofa lava, I’m Oliviera -a wife to Rob and a mum to 5 beautiful blessings Inglis (14), Orlahni (13) and our unexpected triplets Levi (2) Ayvana (2) and our guardian angel in heaven Eli (2).

Our triplets developed TTTS at 16 weeks, had laser surgery at Auckland hospital at 18 weeks, we lost Eli at 19 weeks and just when we thought things had settled down a bit in our pregnancy, I started getting contractions just short of 24 weeks and our babies surprised us at 25+6 weeks on Friday 13th 🥴 Levi was born weighing 800grams, Ayvana 850grams and our little angel Eli at 120grams and I didn’t get to see them until the next day.

Our NICU journey was a scary but eye-opening experience (much like our pregnancy) that made us appreciate life so much more! The staff at Middlemore are amazing and they definitely helped me stay positive in the NICU unit on a daily. The babies journey was far from smooth sailing especially Levi and after 122 days in NICU/SCBU we were ready for discharge. Just as we were getting the car packed with all their belongings, Levi decided he was not yet ready to leave his favourite nurses and caused a little bit of a drama so delayed his discharge for another 8 days.

I am forever grateful for all NICU nurses especially at MMH for all their hard work. We never know Gods plan but I believe he put me through my experience so I could help and support other families navigate through their journey.